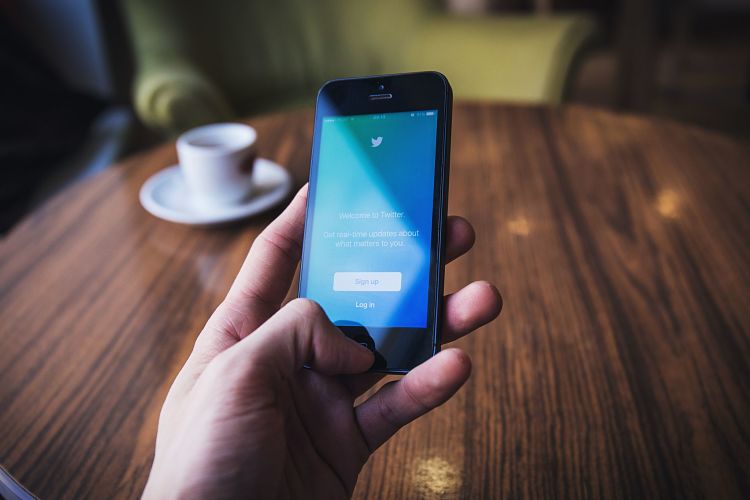 Posted at 09:23h in Marketing by Natalia Garrido García
0 Likes

It isn’t new. You’ve certainly heard people talking about it, and if you haven’t, then you’ve certainly seen some recent example of this very spontaneous way of publicizing yourself.

In social media, information is power. During the 24 hours of the day, news and new things are being published constantly. Therefore, companies that want to take advantage of an opening have to pay close attention and be ready to react if the opportunity presents itself.

You have to be first.  This is a race, the law of the fastest. With all the companies that are active on social media, you have to make yourself stand out. If the move turns out well, you can be on the lips of everyone and, best of all, be in blogs, like ours.

Of course, you also have to plan things. But this is like those plans you might not have even thought of,  but which sometimes turn out best because they are improvised on the spot. There’s a reason why this is called reaction marketing: you have to take action in real time and be part of all the conversations. You have to take advantage of the moment and events in order to be able to react when the opportunity arises: You definitely have to be a brand in real time: Reactvertising.

One of the actions-reactions that best exemplifies this type of publicity was done by Oreo, during the Super Bowl event. It happened a few years ago, specifically in 2013, but it will go down in history as one of the actions which showed the most ingenuity on social media.

The Super Bowl is different because advertisers put everything they have into it. They produce their most expensive, most spectacular, and most creative spots during the Super Bowl, due to the expectations in the U.S. and among its millions of viewers. For sure you’ll record ads like “The Force” by Volkswagen in 2011, or “The Hard Way” by Budweiser this year.

In 2013, the team from Oreo took advantage of a power outage during the Super Bowl event  to launch something very creative on Twitter. The outage lasted 34 minutes, long enough to think about what to do when faced with this opportunity since the entire world was talking about it and venting their frustration on Twitter. Their copy said “Power out? No Problem”, with an image where you could see a cookie shining brightly on a dark background. In the legend it said, “You can still dunk in the dark”.

With a simple tweet, it was one of the most mentioned brands during the Super Bowl because of the intelligent and clever way they took advantage of the power outage in real time. 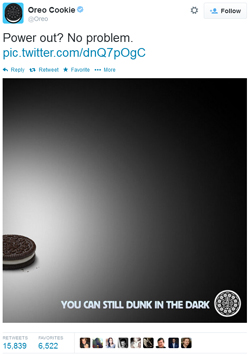 Another more recent example is the one by Ikea and “Game of Thrones”. A short time ago, an interview was published with the wardrobe designer for the series, in which they said that the modest origins of the clothes they used came from the carpets at IKEA. The company took advantage of the opening and created an instruction manual so that you too could join the Night Guard and not be cold! 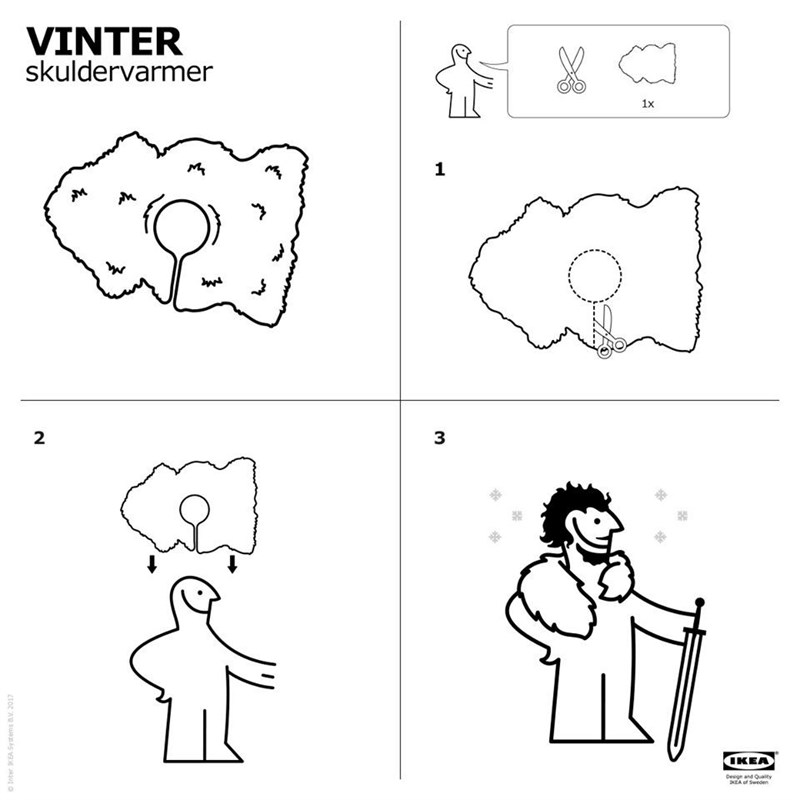 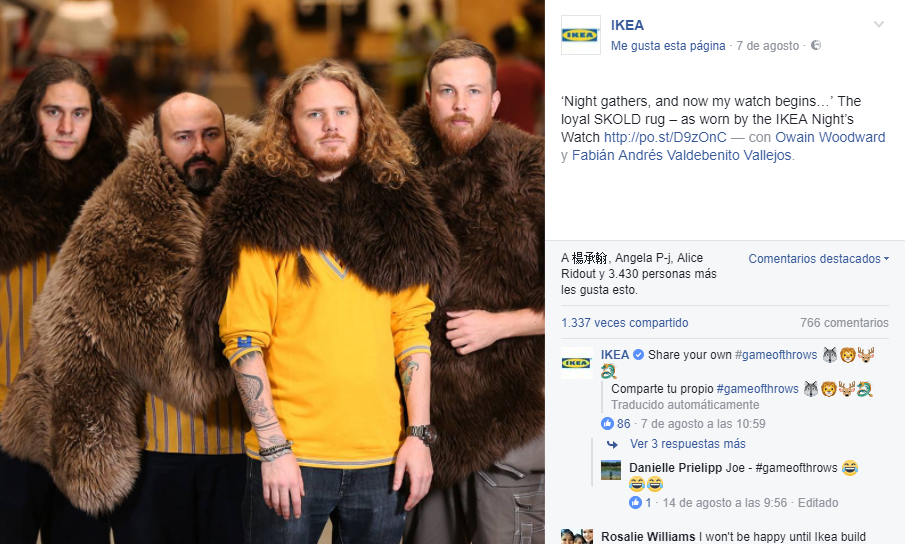 Another one which is less well known outside the U.S., perhaps because of the kind of company, is the case of Arby’s, a fast food restaurant chain in the United States. During the Grammy’s, they took advantage of the sartorial garb which artist Pharrell was wearing to ask him to give them back their hat, since there was a clear similarity between their logo and the hat he was wearing. 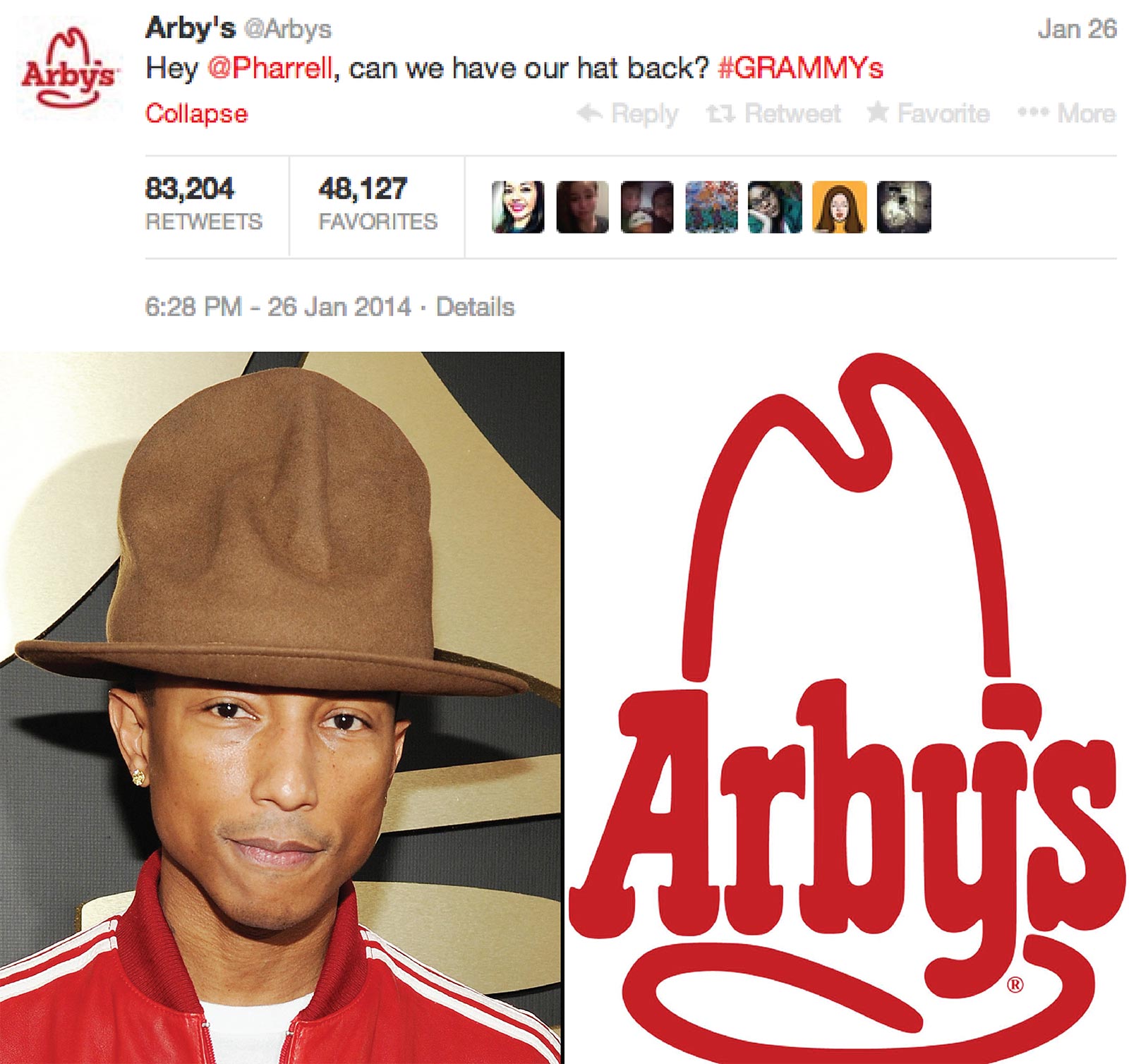 As a final example, we have the case of KITKAT and Apple. During the rumors about the I-Phone 6 Plus which said you could fold the phone, the KITKAT brand of chocolate candy took advantage of them to launch this message: “We don’t fold.  We break”. The copy was a perfect play on words with their slogan “Have a break”. 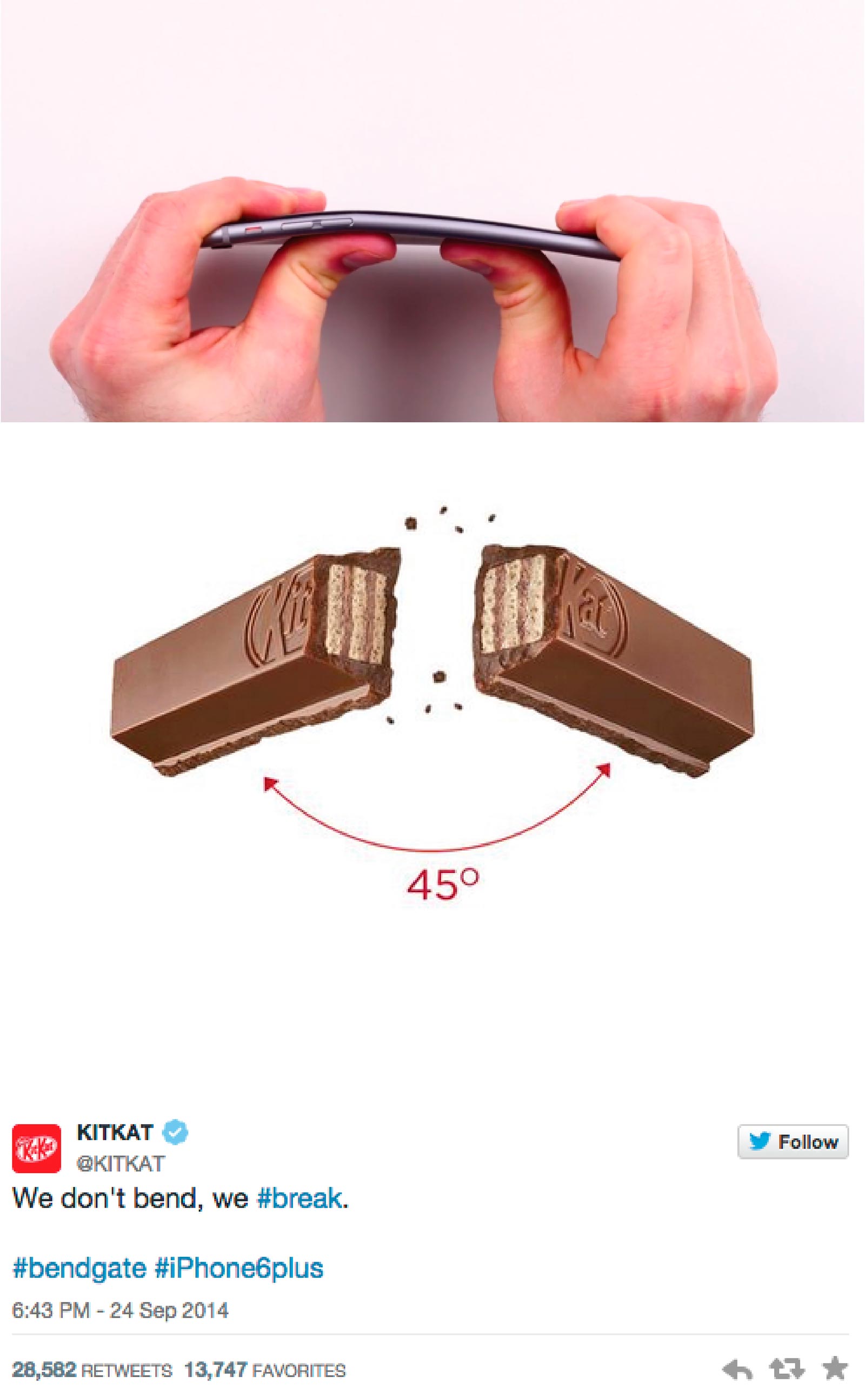 And what about you, what other examples do you know of?