The evolution of social TV

Posted at 12:15h in Social Media by Internet República
0 Likes

TV is still alive, and it seems it will be for long.

Although pessimists say that the internet is slowly killing TV, it actually still takes up many hours from our free time. However, the way we consume content has changed a lot. A couple of years ago we started to hear about the phenomenon of social TV, where the viewer is no longer passive, but can participate and feed the content he or she is watching.

Social TV is a concept born when shows began to include hashtags to encourage viewers to tweet during the airing. This practice began to expand and reached very different types of shows: morning debates or gossip programmes on the afternoon were generating tweets. The viewers participated answering questions that the shows posted, or started conversations between them.

There was also a humorous branch of social TV started by people that commented popular TV shows, becoming pioneers of the phenomenon of social TV.

GIF: I have never left Spain, ever. The most exciting experience I’ve had was going to a theme park

Eurovision has been another very popular event among Twitter users for about three years. Here you can check statistics about how social networks experience this massive event. The news this year was including an emoji with the flag when typing the hashtag of each country, in order to associate the song with related content from the festival. But this was nothing new: hashflags came out first during the World Cup in 2010, and then in 2014. It is a simple gesture, but it is decorative and includes something catchy that encourages to keep on tweeting about a sport event that is being broadcasted worldwide. 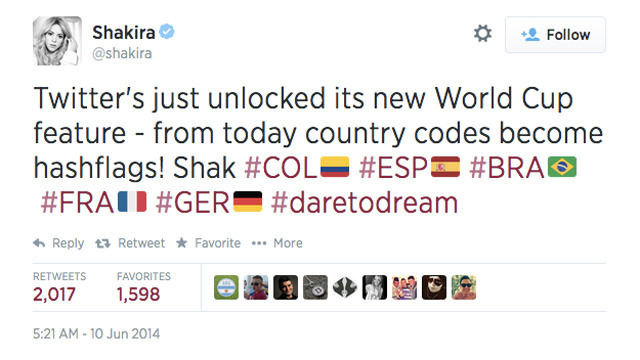 The success seen in the integration of Twitter and TV has even changed the communication strategy of some companies. Mediaset is first in this integration, especially with its reality shows: each participant has an official account and joins a conversation with the viewers. This is what happens in shows like Big Brother or Spanish reality “La Voz” (the Spanish equivalent to “X Factor”). The goal is to have a conversation, and as for now it seems like it is working great. The shows have even become trending topic during most of its nightly broadcastings, and later into the following morning.

Social networks are still the targets of those who run these shows. Audiences depend on them, which results in that most viewers sit in front of the TV with their mobile phones, tablets or laptops. Some people actually watch the shows on their devices, which is why in addition to promote the use of Twitter, producers are going one step further, finding new ways to keep in touch with the audience and encouraging them to participate.

The new added value on social TV are mobile apps. We can illustrate this with the most famous reality we have in Spain: Big Brother, which is trending topic every night it is broadcasted. Two series ago it offered for the first and an app to viewers with content of the show as well as the opportunity to participate on live surveys related to the inhabitants of the house.

This year’s edition also includes a digital magazine with news about the show. The goal of the app? Give access 24/7 to followers anywhere, not just during broadcasting. Whether we like the show or not, we have to admit that from an online communication point of view, their strategy works. 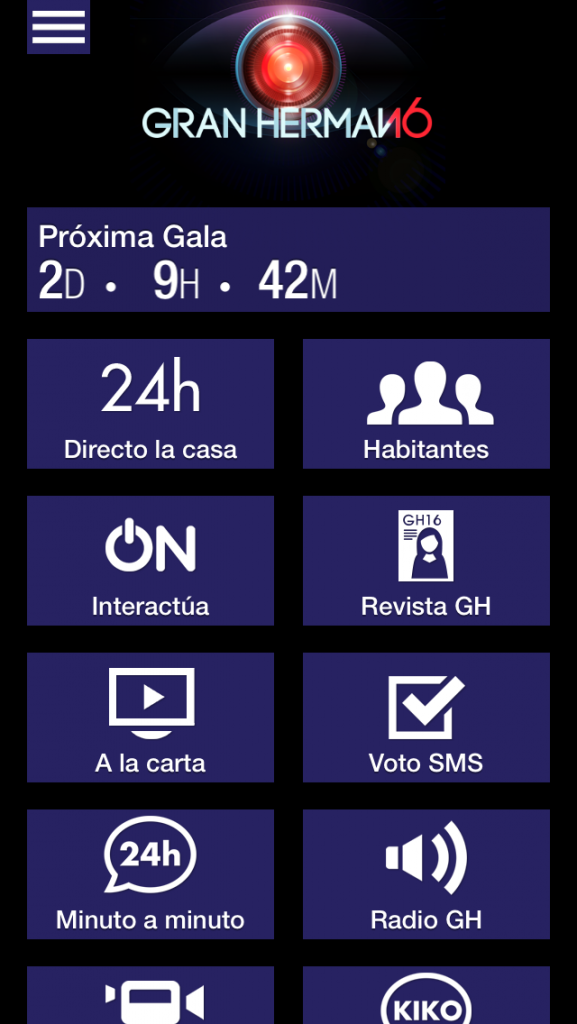 What is next on social TV? More investment on apps development? Or improving directly the content that is broadcasted and let viewers come to them? Time will tell. Until then… Long live the idiot box!