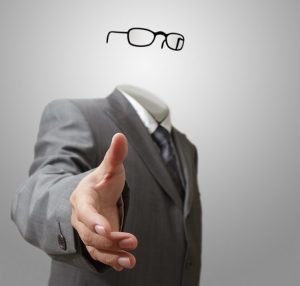 The power of invisible forces

Posted at 13:42h in Social Media by Internet República
0 Likes

Some say that people take very seriously what they read on social networks. In fact, rumour has it that the past presidential election in the US was not voted for by the people, but Facebook.

Besides the accurate research from serious journalists, others try to manipulate, and some also make experiments. This is the case of Paul Horner, a writer for a fake American news site.

Horner regrets to realise how easy it is to spread false information on the Internet. What he writes reaches hundreds of thousands of people as the stories he tells become viral. So, what is wrong with that? Well, he writes for ABC News, a fake news portal. The page has an outlay that resembles a real rigorous media site, which makes it easier for the hoaxes to spread out.

As an example, on November, 19th the website published that Barack Obama would pass an act to invalidate the result of the elections. Although this is a contradiction in democratic terms, 250,000 people shared the story on Facebook. The information was obviously false.

But this is nowhere close to the end of the story. Apparently, the last three months of campaigning for the presidential election in the United States saw fake stories on Facebook having a stronger impact than the main news published by The New York Times, The Washington Post or NBC News. To put it into perspective, you would like to know that while the 20 most shared pieces of news generated around 7 million interactions on Facebook, the 20 most shared fake news had almost 9 million interactions on the platform.

Here you have some samples of fake news:

Obama Urges Illegal Immigrants to Vote Without Fear of Getting Caught…

The Amish in America Commit their Vote to Donald Trump…

The problem lies in that people share this kind of news on social networks, especially Facebook, after which they are left out of control, losing the track and any trace of reliability. Mark Zuckerberg, Facebook’s CEO, has been asked to explain the issue several times, admitting that the fake news detection system must be improved.

But to what extent is it the platform’s responsibility? After all, it is the people who believe and share these lies, taking them at face value. The writer of this article admits that he has also made these mistakes before. We have to learn to tell good from bad, of course. But if we impose some kind of control to the contents going viral, where is the line between control and censorship?

I think that it always goes down to education. This new era sees technology progressing much faster than what people can assimilate. Therefore, the best weapon against misinformation is, precisely, information. Only knowledge will tell us good from bad.