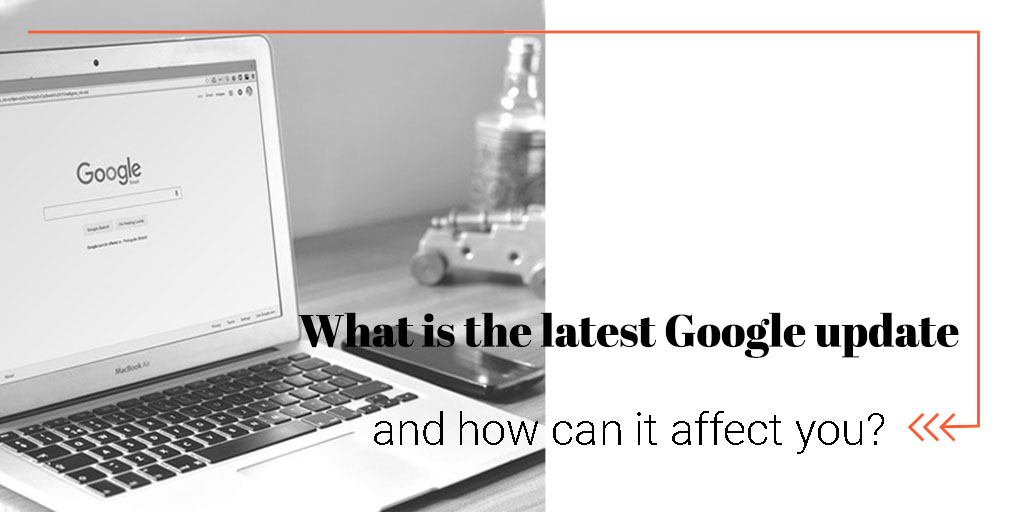 What is the latest Google update and how can it affect you?

Posted at 12:52h in Infographics, News, SEO by Internet República
1 Like

Something has been happening on the Internet since mid-August, something that any SEO enthusiast might be already aware of and it has something to do with the titles of web-pages.

Many specialists started to realize that their titles had been rewritten and it’s because apparently Google hasn’t always been showing the “title” tag in search engine results; instead, it was being categorized with the tag ‘H1’ more frequently than it seemed. 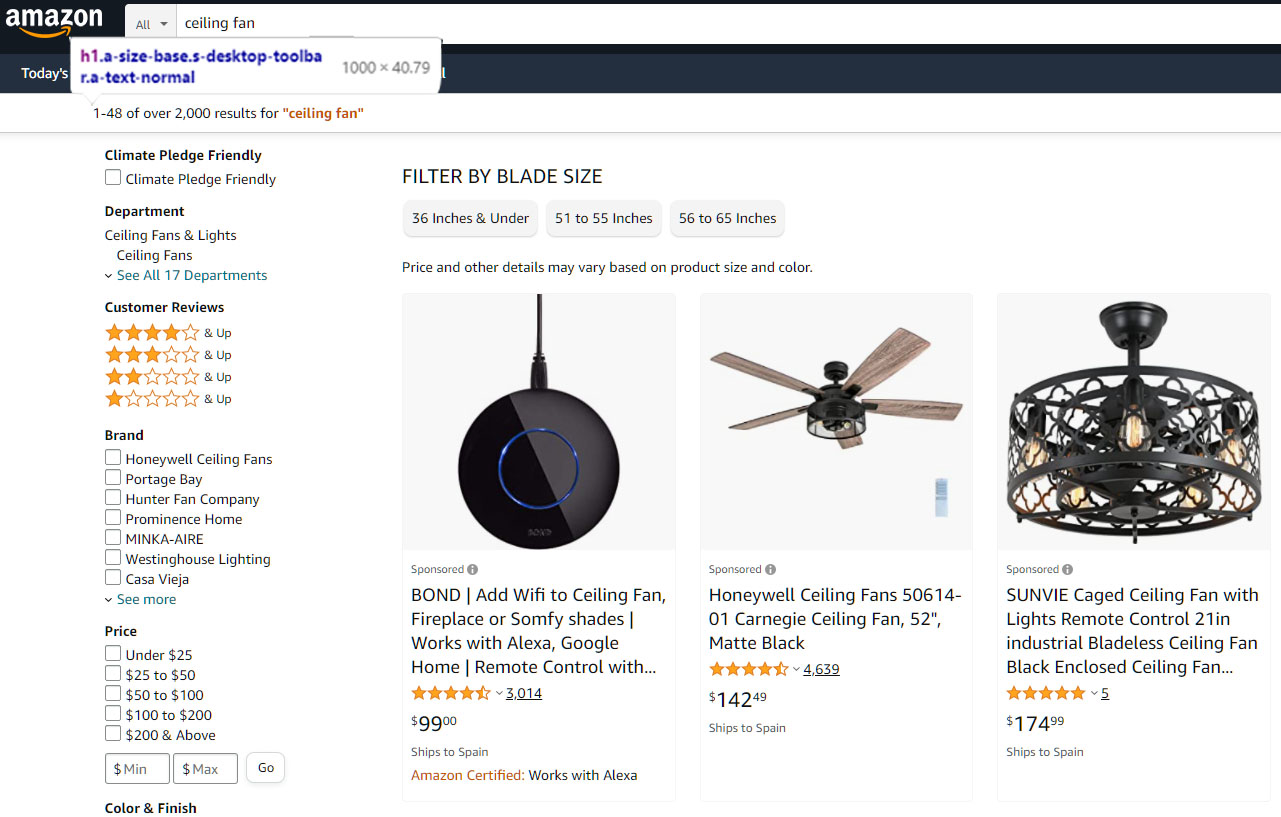 An uproar started on the net, and on the 25th of August, Google confirmed that there was an update available. 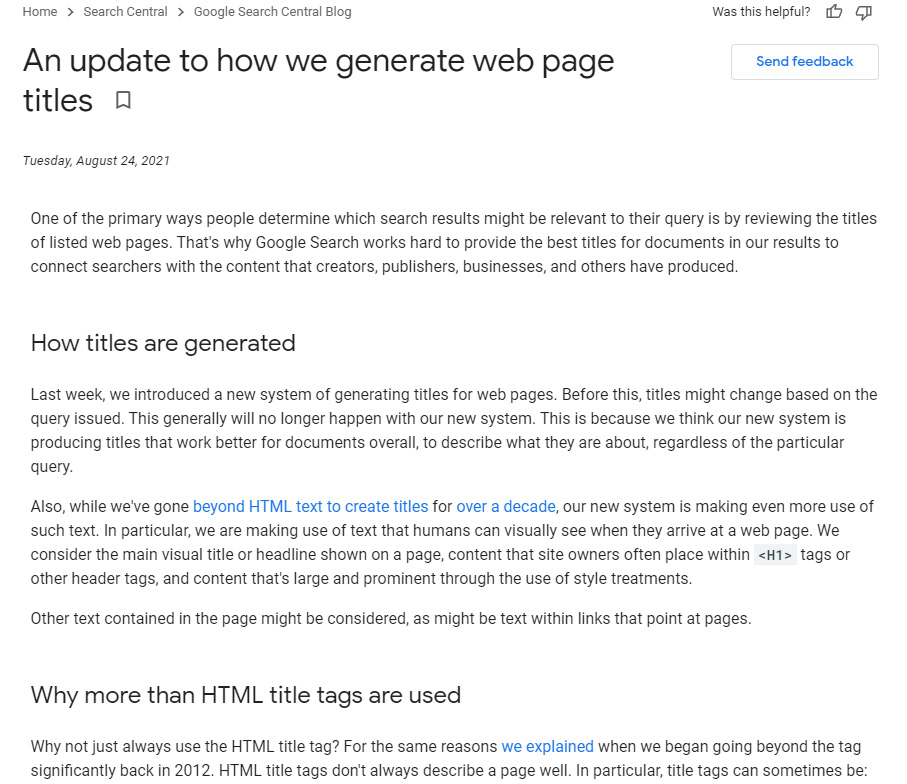 When displaying the snippet title, the priority goes to the title tag in HTML. For those who don’t know what a ‘snippet’ is, let’s just say it’s a small portion of source code from an HTML creation. So apparently Google can rewrite this code using ‘H1’ (or what they call ‘the text that humans use when inside a web-page’). They can even sometimes select and shorten parts of the ‘title’ to rewrite in the snippet.

So, why would Google need to change our ‘title’? Here are some of the reasons we’ve detected:

It’s ironic that placing an ‘H1’ as title in SERPs is even possible, when John Mueller actually stated that it was something that isn’t critical for searches on Google.

The main goal of this update is to produce titles that are more closely related to the content of the page, so that the user can access the page successfully and find what he/she was looking for. Google has stated that HTML tags don’t always describe well what pages have to offer, but with this new update, the most relevant part of the titles sentence’s will be selected to produce new titles of significance. 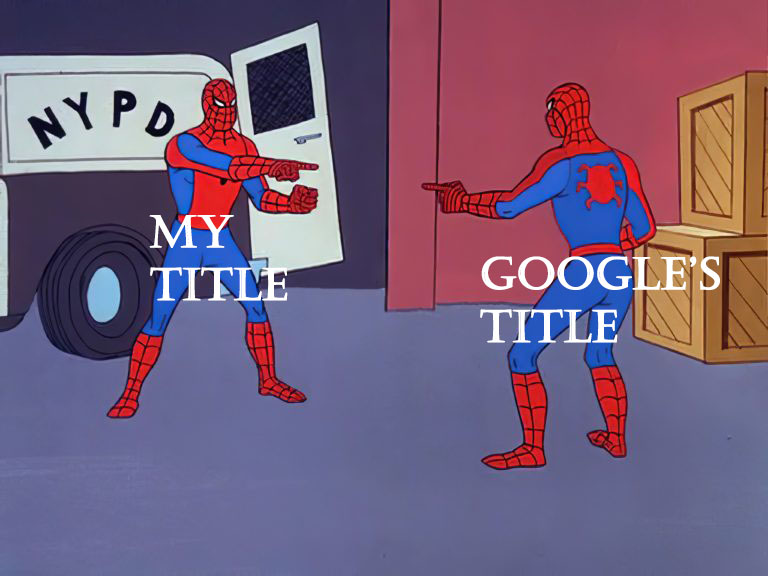 A WordPress developer named Fede Gómez made a quick and easy bookmarklet to facilitate a comparison between the content in the title and the title Google displays in the results. For those who don’t know what a bookmarklet is, we are happy to explain: it’s a bookmark that is stored in a web browser and that contains JavaScript commands which add new features to the browser we are using. They can be stored as the URL of a bookmark inside a web browser, or they can be saved as a hyperlink on the web page.

It’s useful and helps check Google’s rewrite on our work. It’s also useful for people who work in SEO positioning.

I have published this #bookmarklet that checks if the result title in the SERP matches the URL or Google has changed it.

But, what does all this actually mean? Well, for starters, these modifications don’t always have an effect on the position inside the ranking, but they could imply changes in CTR, depending on how engaging the new snipper is.

In its last statement, Google wanted to make clear that in the end, ‘the HTML title is what is mostly used, and in more than 80% of the times, it remains without change’. They recommend us to be calm about this aspect, supervise the main results of our pages as always, and be on the lookout for corrections or alterations after the implementation of this update.