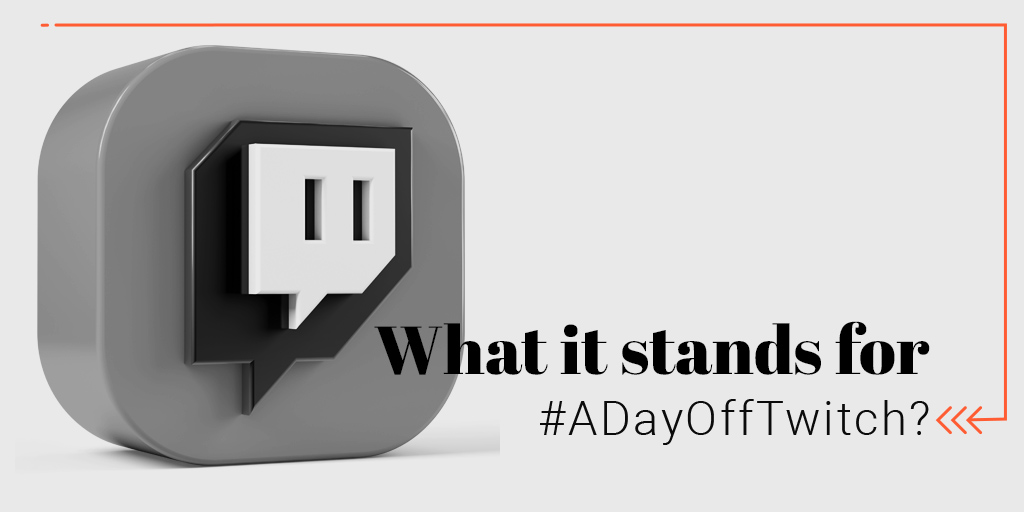 #ADayOffTwitch : What does it stand for ?

The first strike on the world’s number one streaming platform.

On the first of September, content creators decided to stand up to Twitch as a way of protest against the lack of help coming from the streaming platform to reduce hatred attacks that have been focusing on certain groups of people. 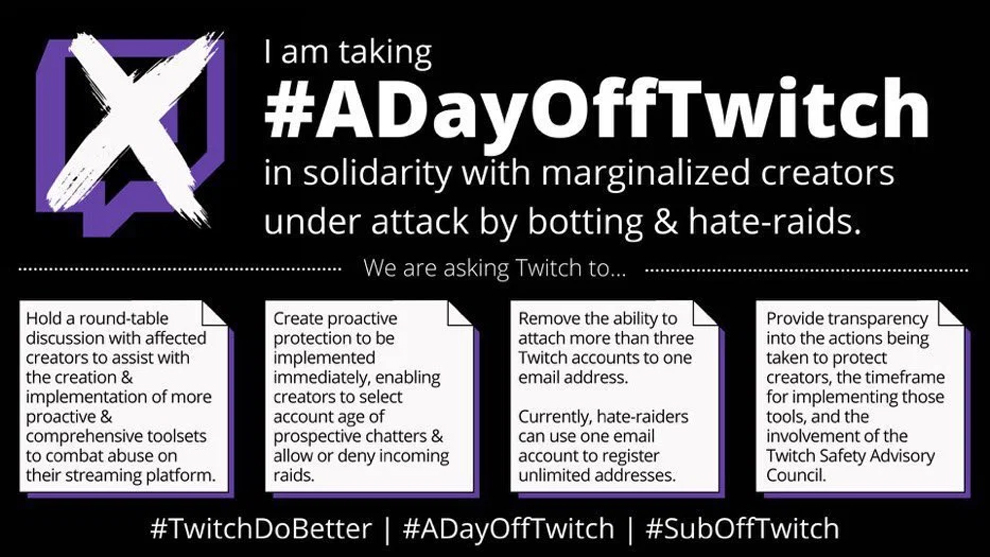 This initiative was born in US due to the misuse of one of the tools on the platform: ‘raids’, which consist of a streamer at the end of his live show sending his audience to another channel to help promote related broadcasts. These connections help streamers build up a community and of course, it helps other streamers.

However, these ‘raids’ have been used to carry out xenophobic, racist, sexist and LGTBphobic attacks. This is creating frustration and a toxic environment among streamers who, in addition to receiving hateful messages they cannot avoid, they can also see their reputation decrease or even their account get shut down.

This situation is here after month of news regarding the monetization of creators on the platform.

Twitch was as a breath of fresh air for streamers.

They used to feel protected and valued for their work on the platform, but lately, the coexistence between them has staggered and some of them are actually thinking about leaving the streaming network.

Also, Twitch has changed the income of money for donations and subscriptions, so creators are feeling even a bigger breach between them and other content creators. Twitch launched its new prices and changes in conditions for the new month of September and this initiative started hitting hard on it’s first day.

SUBtember’s approaching faster than the wave of a wand.

Starting September 2 at 1pm PT, @Grubhub is helping us deliver 20% off new monthly subs and gift subs. Plus score 20% off Twitch merch in the Loot Cave.

However, Twitch wanted to ‘support this movement’ by throwing a speech that some creators find useless and repetitive. They say that they are working on improvements so that these ‘raids’ can be controlled. However, streamers are asking for more speed and effectiveness on this matter.

This is not the first strike on social networks, it’s the first that has been able to have a real impact on this platform. Other social networks such as Twitter or Instagram have received initiatives of this kind, however, it has never affected them since they are social platforms in which the platform prevails over “influencers”. On the other hand, streamers have had greater impact on Twitch. We can consider that viewers go to this platform to see a particular streamer and if this creator moves or changes platforms, he will take his followers with him.

What the data tells us

It’s curious to see how an uprising that started from within the US has been more popular in Spanish-speaking countries than in anglo-saxon ones. 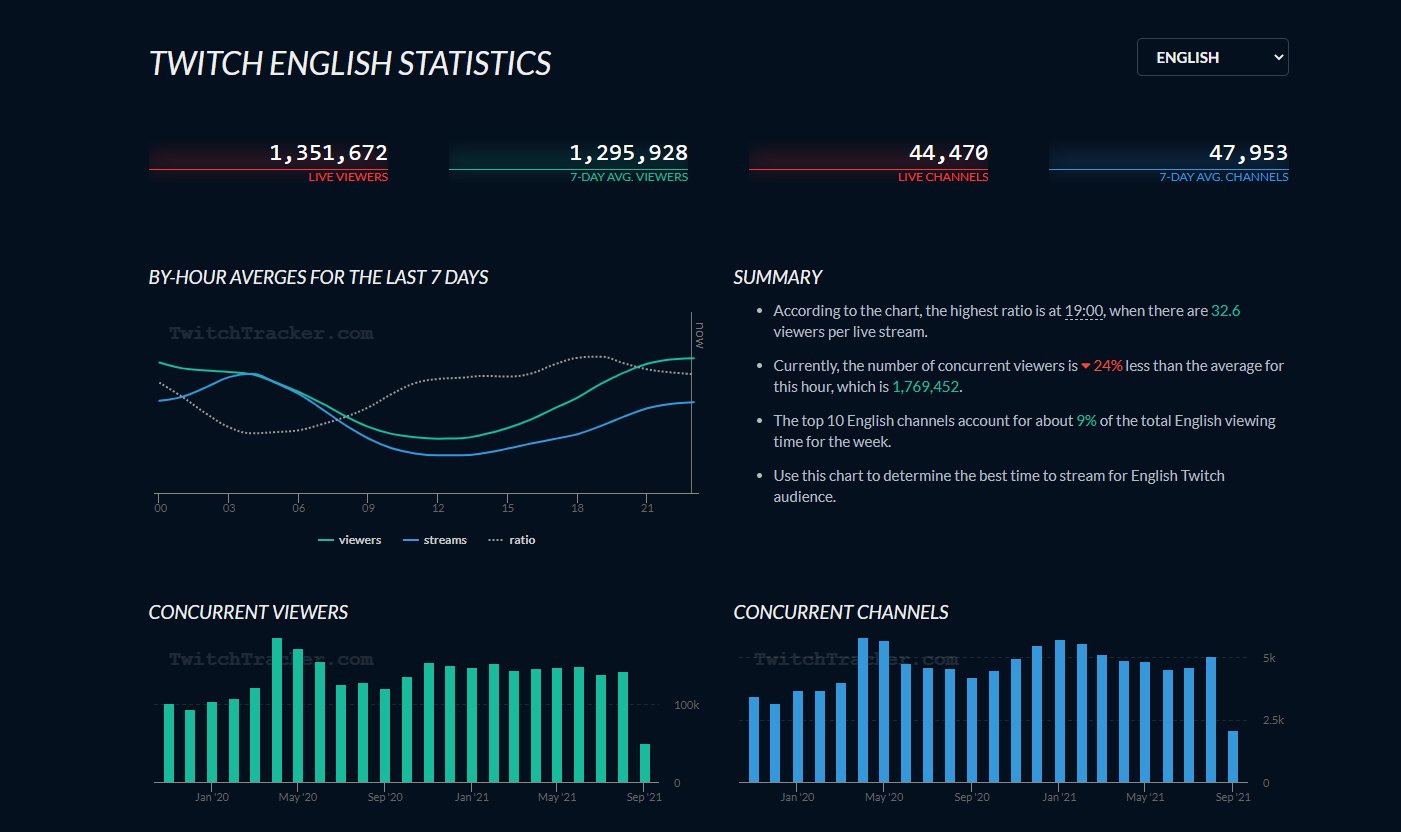 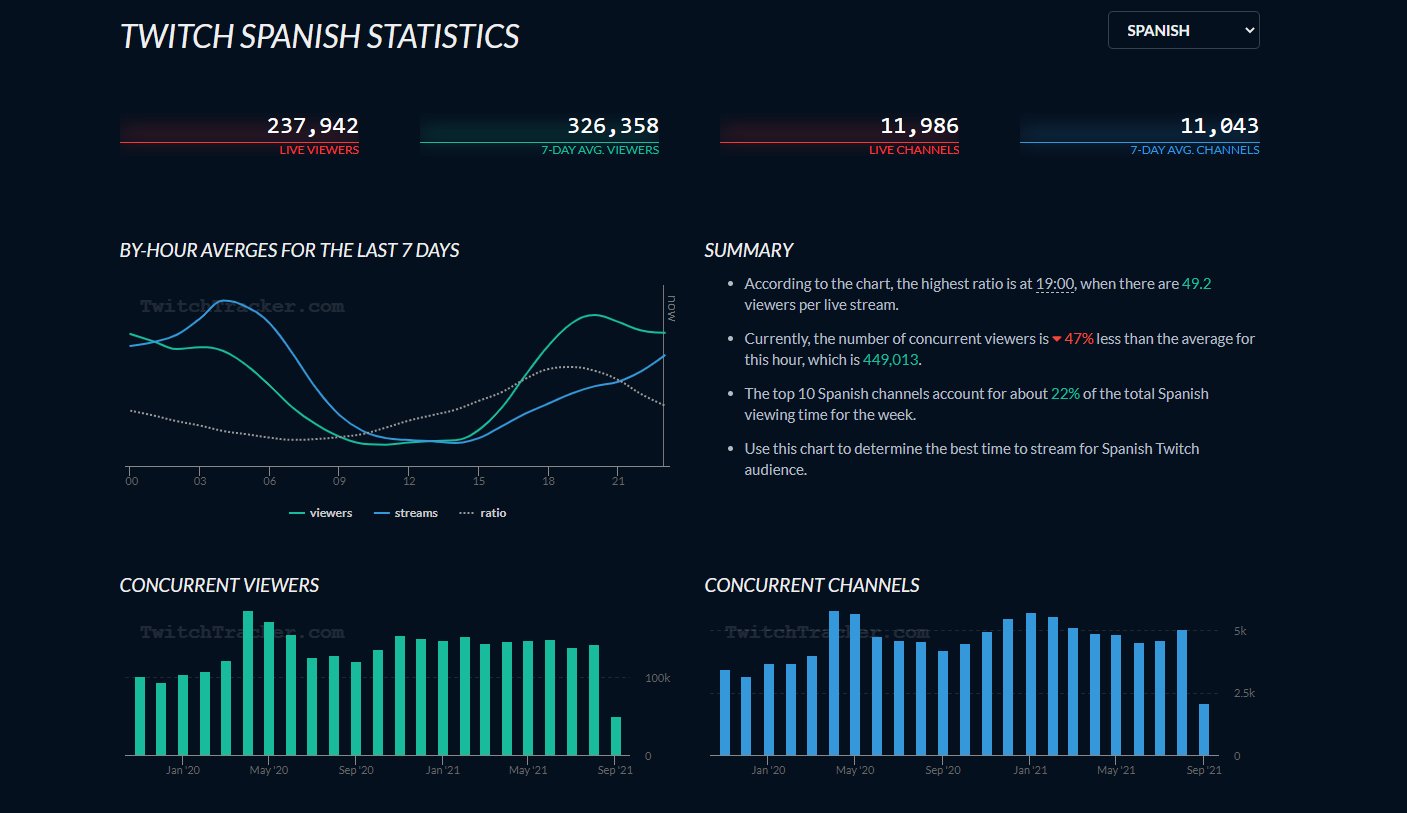 On the first of September, we can see that Spain had a clear decrease in both broadcasts  and viewers throughout the #ADayOffTwitch. 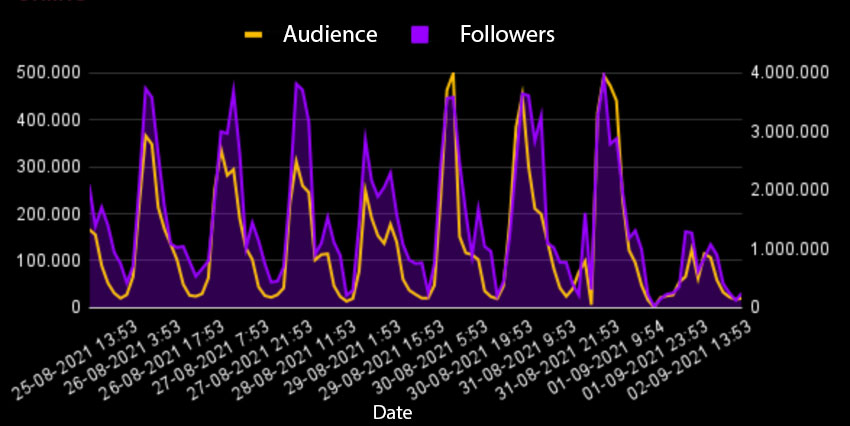 “There is a strike on Twitch today #ADayOffTwitch against hate raids on the platform, but we are also insulting those who choose to go live. Internet is really cool nowadays on 2021…”

“I for one won’t go live, but supporting the strike is voluntary and also a personal decision, so we have to respect streamers who go live to do their job as well as those that don’t. Have a happy Wednesday!”

“That’s right fellas. Today is a day for resting and supporting our colleagues #ADayOffTwitch. Today, Tortilla won’t allow streams to take place on our own servers. I’ll see you tomorrow.”

“No stream today. I hope we start uniting to change a lot of stuff that requires more attention. #ADayOffTwitch”